We live in a time where terms like multiculturalism, interculturalism,
diversity and even super-diversity have populated the research topics, school and communities talks. All those terms have been addressed as a consequence of our postmodern or post-normal times. The outcome of such phenomenon is the challenging of living among multiplicity and immersed in a wide range of perspectives about how to live, behave and act.

However if you look back in history, you can see that this is not unique of our contemporary times. Actually it was modernity, with the Cartesian thoughts that demarcated clear boundaries creating this sense of separation and opposition.

If you take the medieval times, for example, you can see many areas in the world living in a multicultural environment.

Cordoba was one of those places that I had the privilege to visit this week. I was amazed by its history. Located in Andalusia, Southern of part of Spain, this little town is full of history, showing us a time in which Muslim, Christian and Jewish society lived together and tolerated each other.

In Cordoba you can visit the Mosque-Cathedral, a medieval church that became an Islamic mosque and then converted into a cathedral. The building shows the different periods all together and it is a UNESCO World Heritage Site.

Another very interesting place is the Torre de la Calahorra, an old tower built by the Moors and transformed into a castel by Henry II. Nowadays is a museum featuring the peaceful coexistence of Jews, Muslims, and
Christians over centuries. It also presents the early height of science, philosophy, culture, and engineering that gave Andalusia a leading position
centuries ago.

Cordoba is a wonderful historical city with important monuments that looks like a religious and cultural syncretism. To me, the city is a metaphor for a tolerant and peaceful world, coexisting in diversity. 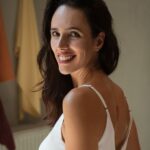 The impact of COVID-19 on digitization in destination management